The Memorial Day Parade is Back!

Please join us on Monday, May 30th when we’ll gather as a community to honor those who have died in service for our country. 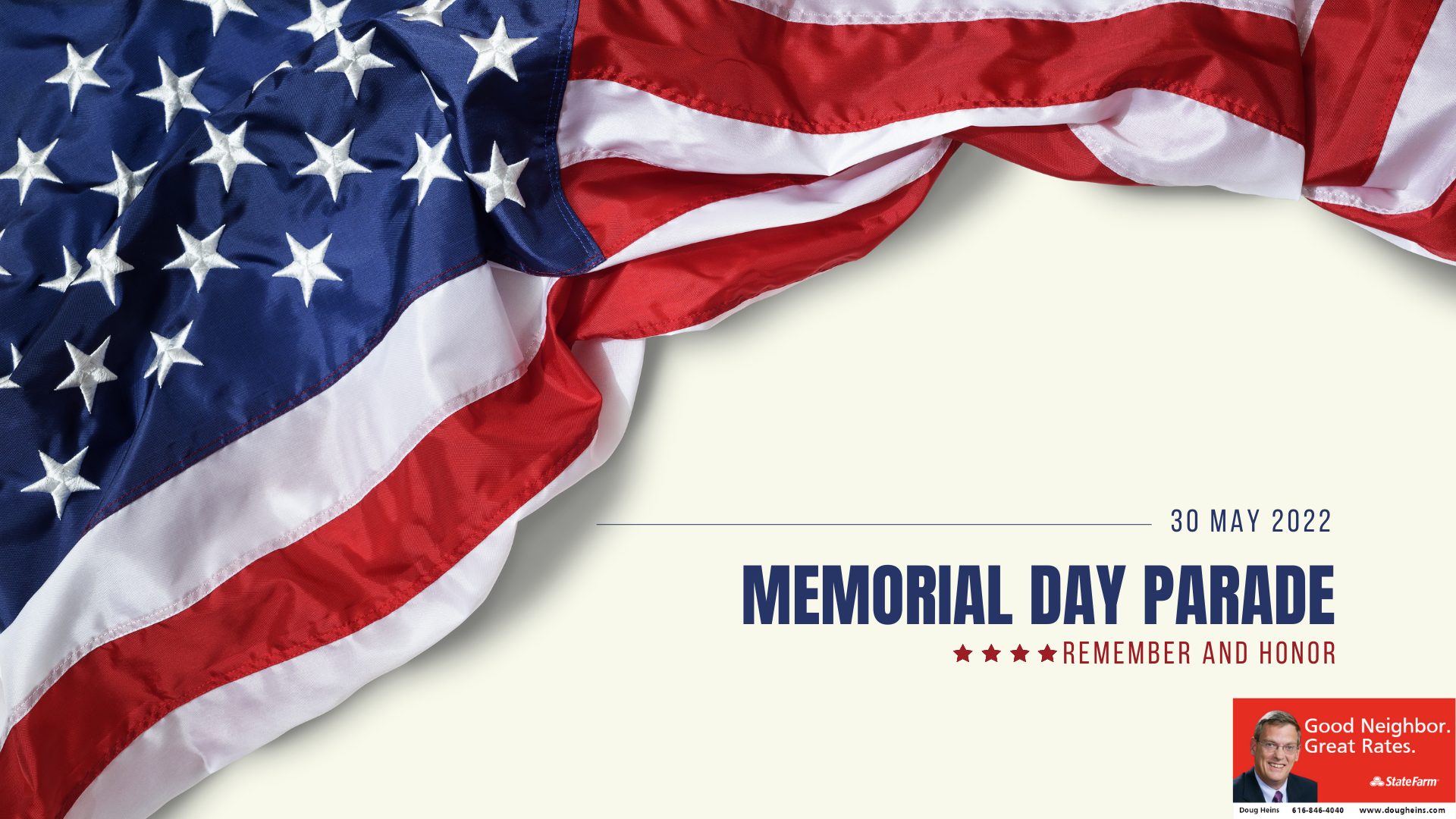 Please join us on Monday, May 30th when we’ll gather as a community to honor those who have died in service for our country. The Spring Lake Memorial Day Parade held in the Village of Spring Lake, Michigan, is a long-honored tradition for residents and visitors alike. For many years, the parade was coordinated by the Spring Lake Heritage Festival, but the group recently declined to sponsor this year’s event. There was some concern that the parade wouldn’t be able to continue, but a few interested residents decided to take on the project themselves – and with the generosity of Doug Heins / State Farm in Spring Lake as the 2022 event sponsor  – the parade was saved. (Be sure to look for Doug waiving from one of this year’s vehicles as they follow the route.)

The parade will begin at 10:00 a.m., starting on the south side of St. Mary’s Catholic Church. From there, participants head east on Exchange street, south on Lake Avenue, east on River street, and then north on Fruitport road to the All Shores Wesleyan Church parking lot.
A memorial service will follow the parade at noon at the Spring Lake Cemetary.

This year’s parade will include a color guard from the Muskegon V.F.W., the Spring Lake Middle School and High School marching bands, local Boy Scout and Girl Scout troops, Spring Lake Village and Township police and firefighters, and others. Residents are invited to line the parade route and come celebrate all of the brave men and women in uniform who made the ultimate sacrifice for the country we love.

Hope to see you there on May 30 in your red, white and blue!

Interested in participating in the parade? Let us know! Contact Stefanie at stefanie@springlakevillage.org or call us at 616-842-1393.